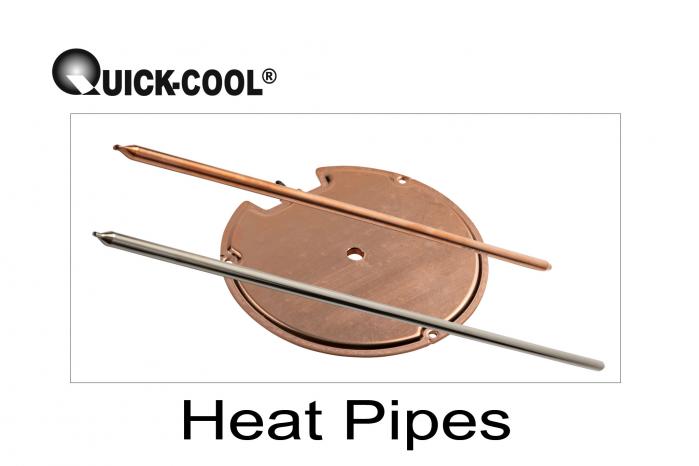 Heat pipes and their special designs are capable of transporting heat very efficiently from one place to another. They use the heat of vaporization of a certain medium to generate a heat flow inside. Capillary action and gravity eliminates the need for aids such as circulating pumps, making this type of thermal management suitable for wide range of applications, in particular because of the high operating temperatures of up to 3,000K. For example, heat pipes can be found in satellites, solar panels, computers, railway systems for heating switches, and in smartphones and electrical appliances. 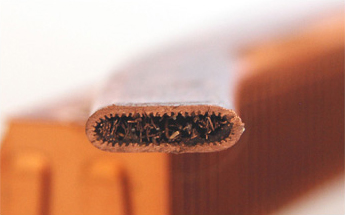 Heat pipes have a capillary structure inside, which transport fluid without additional auxiliary energy, even against gravity. This allows the Heat Pipe to transfer heat even against gravity and horizontally. In addition, Heat Pipes can be bent, and thus optimally adapted to the design space.

Loop heat pipes have a capillary structure only in the evaporator. Vapor and liquid phases are separated inside the flow circuit. This allows transport distances of up to 10 meters between evaporator and condenser. A loop heat pipe is insensitive to vibrations, can be installed flexibly, does not require gravity for its function and can even be used in multi-G environments. Vapor chambers use the fundamental principle of a heat pipe. Because they are flat and usually only a few millimeters thin, they are generally used to absorb heat from a small area and distribute it to a larger area. Its vacuumized interior has a working fluid and a wick structure. The latter distributes the fluid from the hot area to cooler areas of the chamber. Depending on the application, the heat is either transferred directly to the heat sink sitting on top or dissipated via a heat pipe.

For all types of heat pipes, the choice of working fluid should be adequate to the operating temperature. In case of an inappropriate working medium, the thermal conductivity is limited to that of the solid material, and greatly affect heat transfer. However, different working fluids, materials and sizes can ensure that heat pipes work in a broad range of operating temperatur.

Heat pipes in technical applications can be integrated in several ways. The simplest but worst option is to install them in a hole. A vent hole and thermal conductive paste or adhesive are necessary in this case. In addition, the tolerances must be observed.

Another possibility is to press a heat pipe into a groove, which results in a D-cross-section. This provides flat and efficient contact surfaces. In addition, installation can be done in two symmetrical halves. Soldering is the best option from a thermal point of view. However, continuous temperature monitoring is required. At Quick-Ohm, heat pipes are soldered to cooling fins and mounting parts. 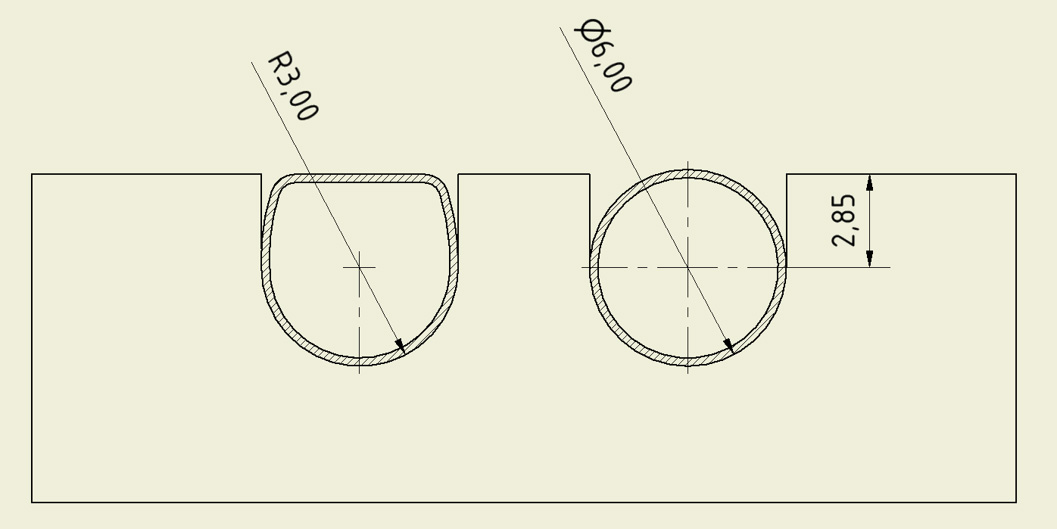 Heat pipe performance is determined by several factors, involving both the working medium and the heat pipe material.

. Melting point refers to the temperature at which a substance changes to a liquid state.

. The surface tension of a liquid, together with the radius of the tube, influences the capillary forces. Capillary structures with smaller radii or smaller mesh size or grain size are advantageous here. The latter applies exclusively to sintered heat pipes.

. The viscosity limit determines the extent of condensate flow within the heat pipe and usually limits the heat flux density at low working temperatures.

. The compressive strength of a heat pipe also increases the vapor pressure of the working fluid that can be contained within it. For example, water can reach temperatures of up to 374 degrees Celsius, but this results in a pressure of 210 bar..

. The density of the working medium is also responsible for the performance of a heat pipe. Depending on the medium, a certain capillary size must be used to enable a cycle..

1. The heat pipe is a closed system in which liquid evaporates at any point where heat is applied (heat source) and condenses at the cooler end. The liquid vapor becomes the actual transport medium.

3. Heat pipes can be used to transport heat quickly and efficiently from a hot to a cold region. Compared to pure copper, heat pipes allow for 100 to 10,000 times the heat transfer capacity.

4. Homogeneously tempered surfaces and spaces can be built with the help of heat pipes.

7. The heat transfer process can only be guaranteed if the heat pipe is operated within its operating capacity and temperature range.

8. The orientation of capillary heat pipes also has an influence on its performance. However, it is less than other types.

9. In the case of non-capillary variants, the efficiency is reduced as the heat pipe approaches horizontal position.

10. The inner workings of heat pipes can be damaged by bending radii that are too small; angles that are too large can impair their function and make them ineffective.