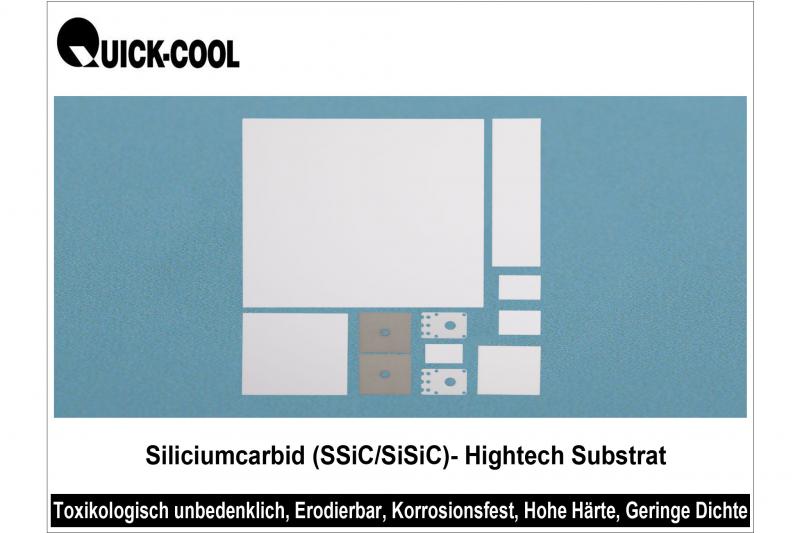 With silicon carbide ceramics, the material properties remain constant up to temperatures above 1400 ° C. The high modulus of elasticity of over 400 GPa ensures excellent dimensional stability.

These material properties predestine silicon carbide for use as a construction material. Corrosion, abrasion and flow wear are just as reliably controlled with silicon carbide as frictional wear. Components are used, for example, in chemical plants, mills, expanders and extruders or as nozzles.

Silicon carbide is toxicologically harmless, which enables it to be used in the food sector.

Another typical area of application for silicon carbide components is dynamic sealing technology with slide bearings and mechanical seals, such as in pumps and drive systems. In comparison to metals, silicon carbide enables very economical solutions with longer service lives, even when used in aggressive and high-temperature media.

When using thermal paste or thermal adhesive, the following applies:
that the heat transfer is better, the thinner the order.

Ciliciumcarbid-substrates can be printed directly with us with PCM thermal paste.

Do you have questions or need more information? Our experts will be happy to assist you personally!